“Locality and the Energy Resources”

This first number of Geographical Locality Studies anatomises the possibilities of local utilisation with regard to natural energy resources. In our present issue, we have given publicity to 12 studies which have all been written by 13 expert Hungarian researchers and higher education lecturers. Their task was to shed light on global examples and introduce specific, locally achievable methods, solutions or ideas which could be used anywhere else on the planet. By doing so, the ideas could be transplanted, adapted and could give birth to foundations for newer, more efficient and revolutionary techniques, technologies and developments. The written masterpieces can be classified into three categories: a) articles that support general knowledge on the topic; b) selected Asian examples that foster such understanding; and c) a selection of Hungarian cases.

This present co-operation, however, is not only a gathering of academics who try to bring recognition to themselves, but it is also meant as a surprise to one of our special friends and colleagues. Klára Bank, who is a professor at the University of Pécs, Institute of Geography, has reached her 60th birthday this February. She has been a pioneer and a significant contributor to the development of Geography of Energy and also World Regional Geography. When it comes to the chosen authors' specifics, the aim of Frugeo Geography Research Initiative has been to find and work together with experts who have exclusively known the respected and honoured person and, therefore, been familiar with her achievements on these specific scientific fields. By this book, we would like to erect a simple but long-lasting memory and acknowledgment for her invaluable effort, support and motivation which are felt by generations.

1. László Bokor: The Importance of Energy Resources in the Local Environment

This paper deals with the naturally occurring energy sources; introduces their physics and basics, accurately defines their terms and types, and assorts them into groups. It explains their importance in human history, reflects on their communal impacts of, e.g. settlement establishment and development, industrialisation and the formation of modern societies along with their consequences.

2. Béla Munkácsy: The Importance of Holistic Approach in Energy Planning

The challenges of energy management and planning are considered as technical and economic problems by the society with decision makers and engineers included. This approach has proven to be globally insufficient. In this paper, some explanations and examples about the new approach will be shown and demonstrated.

A tourist accommodation, catering place or whichever form of tourism enterprises seem to be more attractive to the conscious travellers when they can produce a new form of sustainable energy consumption and utilisation. The paper intends to demonstrate these best practices concerning sustainable development and energy efficiency from international and Hungarian perspectives.

Nowadays, more and more air-conditioning devices are installed to cool the inner spaces of dwelling and public buildings in the populous developing countries. Therefore, it is worth drawing attention to those traditional methods and architectural forms by which comfortable air conditions could be generated in the hot arid and semi-arid areas of the Planet.

The present study aims to discuss social heritage that is based upon a commonly utilised natural resource. In this case, the natural resource is the groundwater; the infrastructure is the groundwater’s exploiting facility (stepwells); this type of infrastructure is much more than a simple well or water extracting facility: it is part of the social heritage.

This work is meant to shed light on Bhutan—its geography that particularly deals with its energy resources, energy production and supply—but it also introduces this country as the first on Earth that has formally adopted Gunter Pauli’s „Blue Economy” for a sustainable and competitive holistic economic and social progress.

The present situation, as well as the future, of renewable energy sources is contradictory. As a consequence of the present economic crisis, investments in this field are in decline all over the world. In this study, an attempt is made to draft the optimal ways of development.

The objective of this study is to assess whether changes in the surface pressure field over Europe are reflected in the statistical structure and the inner definiteness of the wind energy (relative frequency, relative energy content, mean velocity, etc.) field over Hungary, despite the country’s specific pressure field.

After the demonstration of the present situation of wind energy utilisation in Hungary, the policies are analysed that determine the economical harnessing of the wind energy potential. The following aspects are examined: climatic possibilities and climate change in Hungary, facilities in Hungary’s geography and land use.

Szeged and Csongrád County are among the few lucky territories which are well supplied with natural energy resources. This present study discusses the potential areas where thermal waters in Szeged could be more widely used by touching upon the modern geothermal cascade systems. The latter are already installed and running in some of the neighbouring settlements.

11. Lajos Keczeli & Mária Mohos: The Functioning of the Cement Factory in Királyegyháza in a Rural Area

The study intends to give a thorough overview on the impacts—from social, economic and environmental aspects—of a new cement factory in Baranya County, Hungary. It is situated in a typical rural area where agriculture is the strongest tradition, but without large employers and industrial plants.

12. Viktor Glied: Social Conflicts in the Shadow of the Paks Nuclear Power Plant

Since the use of nuclear energy has become a possible global solution for the replacement of traditionally used fossil energy resources, it affects the public realm in Hungary, as well. The aim of this paper is to provide an insight into social aspects of constructing and operating a nuclear power station in Paks, Hungary. 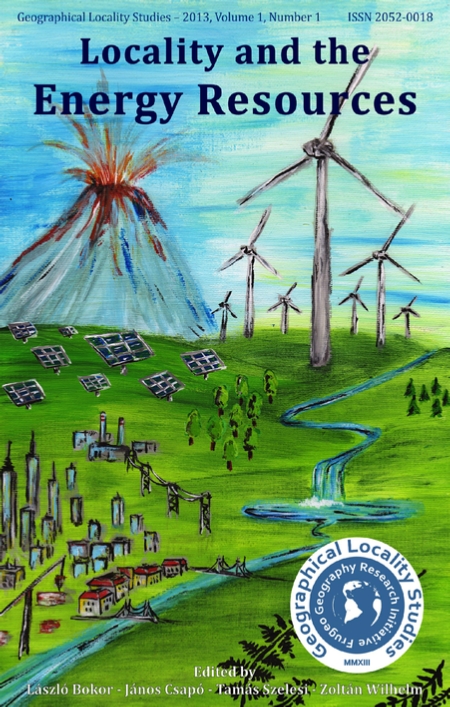